Edinburgh has been a city on my must-visit ever since coming over to the UK (and possibly before that) and last week I finally got to go, and for a good cause too!

Last month I got a call for work asking if I would like to be a volunteer on a Back Up Course.

A little about Back Up
The Back Up Trust is a charity that helps all those affecting by spinal injuries. It was first set up by James Bond stunt double and Freestyle Champion Mike Nemesvary in 1986 after he broke his neck.

‘Despite being paralysed from the shoulders down, Mike was determined to get back to the life he enjoyed.  Back Up was initially set up to offer ski courses for those affected by spinal cord injury. Over the years, Back Up has expanded its services to challenge and empower people to get ‘back up’ to a place they were at before their accident.’

The charity lead around 17 courses a year, ranging from ski-karting in Sweden, water ski-ing, multi-activity courses in Exmoor to Back to work courses and skills for independence.

Edinburgh
I got to go on the Edinburgh City Skills for over 50s, the first time this particular course has been run.

So after a long journey on the train up from London (4.5 hours) and getting lost, I checked in to the hotel and we all gathered in the courtyard for introductions. We had 12 people on our course, and everybody has a different role. We had 2 Group Leaders – one wheelchair user and one able bodied, 2 wheelchair skills instructors, 3 buddies, 2 Personal Assistants and 3 participants.

Our ice breaker was 2 Truths and a Lie.

Can you guess my lie?

The course included a day of wheelchair skills. We were lucky enough to invade RBS headquarters on the outskirts of Edinburgh – it’s like a town unto itself! Starbucks, Tesco Express even a flower shop! 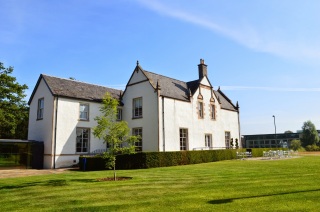 As an able bodied person you don’t realise how much you take for granted. Simple things like curbs or manoeuvering around objects, carrying a beverage, even a slight incline on a road are made that much harder for chair users.
We had two great skills trainers on our course J and R who went through some tips on how to navigate obstacles, like flicking the front wheels up onto a curb at speed and then using the momentum to get the back wheels up.


The next day we hit up The National Museum of Scotland. The museum is housed in a grand old building looked over by this bloke. 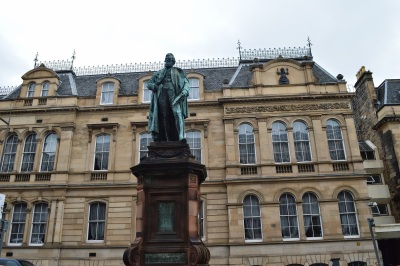 I’m not sure who he is, but he definitely needs a bit of a bath!

The museum is amazingly huge! Set over 7 floors, the exhibits range from a Chinese Dynasty, the animal world, science, Changing Scotland and much more! You definitely need a whole day to prattle about.

One of the interactions is driving a F1 car. Which I did. And I failed dismally. Besides that one time when I crashed, I’m a great driver (if I do say so myself) and I stand by my judgement that the museum staff have buggered up the steering on this ride.


In the afternoon we had a bit of a treasure hunt around the city. At one stage the clues sent us hurtling down a hill the wrong way – but there was free fudge!  Who knew a ‘crag and tail’ meant crossroads? Google sure didn’t!!

There was a bit of controversy when we got back regarding the last clue.
‘Take the ramp down to Waverley Station and take a photo that includes every team member – must not be taken by another person. hint, head towards Left Luggage’

My team and I had no idea why we had to head to Left Luggage, but we got there and took our selfie that included all 3 team members and even the left Luggage sign. When we got back, the other teams were in uproar because we outselfied them. Well, we had different interpretations of the out of date clues. Apparently the clues were written before selfies were invented so you supposed to get a photo from the photo booth right next to Left Luggage. We still won though! WOOO!


Sunday included a trip to the Castle. I love a good castle and Edinburgh is awesome, especially for the views over the city.

We started at the bottom of the Royal Mile and had to go uphill on cobblestones, which isn’t the most pleasant experience in a chair. You can buy a contraption called a Free Wheel that clips on to the footplate and lifts the small front castors off the ground and turns the chair into an all-terrain vehicle.

As an AB (able bodied) if I see someone struggling, my first desire is to give help. Don’t do it! Offer help but don’t do anything until you’ve been specifically asked. The course was all about gaining the skills to be independent. One of the participants is over 70 and pushed himself up the Mile without any assistance! With anybody or anything, you never know if you don’t try.

Knowing when to ask for help is important as well. One way we assisted the chair users is by pulling them up steep inclines. This is done with a loop of rope or similar. Put it down on the ground, roll across one side and pull the rope up so that it’s in between the castors and the back wheel and under the knees. If you’re assisting it’s much easier to pull than push too – especially if you are motorised. 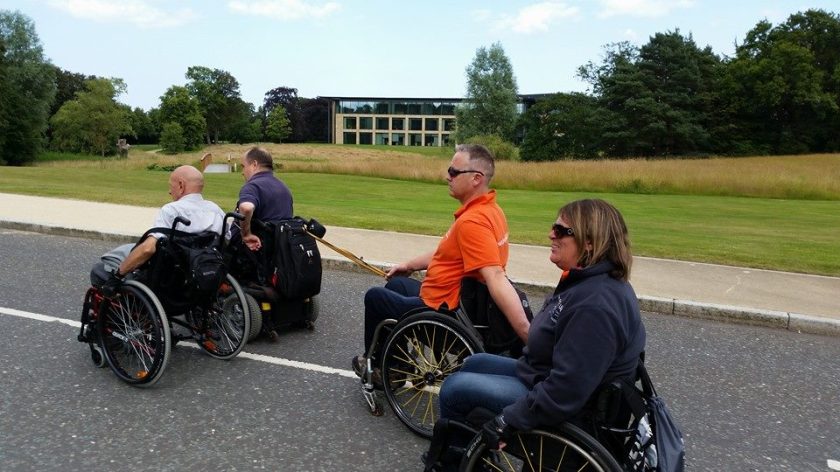 Edinburgh Castle
There is a bit just in front of the drawbridge that is supposed to have spectacular views, but the Tattoo grandstands had already been set up, so we missed out on that unfortunately.

Once inside the inner castle walls, the ground kind of flattens out a bit and to the right are the battlements and canons. We saw the canon that they shoot off every day at 1pm except Sundays. We went on a Sunday so we missed out but we got to see the gorgeous views. 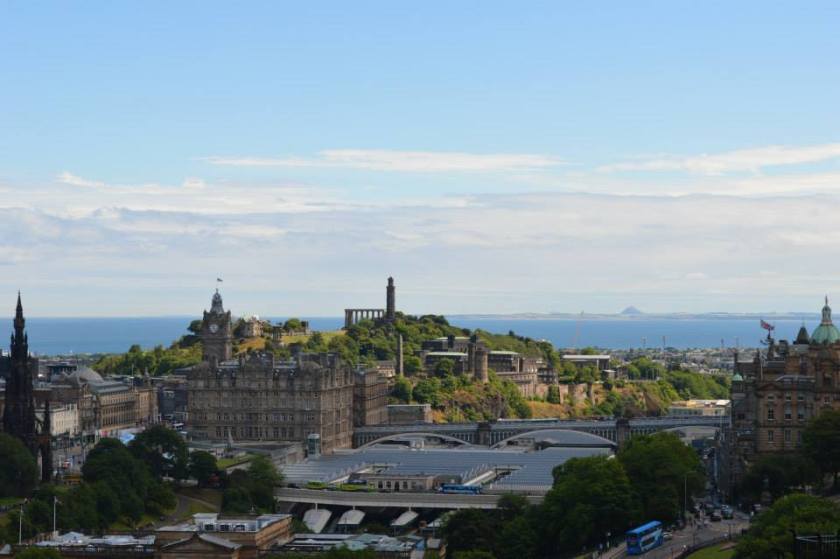 Sunday afternoon was spent just like the Scottish do – Whisky!
I’m not a big fan of Scotch so the best thing about that was the free glass you get 😉 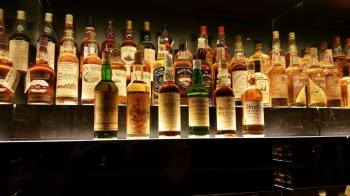 Monday morning we headed down to Holyrood to go to Dynamic Earth. I love interactive stuff so this place was amazing! The floor shook, there was ‘snow’ dropped on us and a AI who answered the most stupidest questions.
The exhibit takes you through a series of rooms depicting the universe, from the Big Bang, right up until today. The rooms changed temperature from warm (volcanic era) to really cold (ice age) which I thought was great. 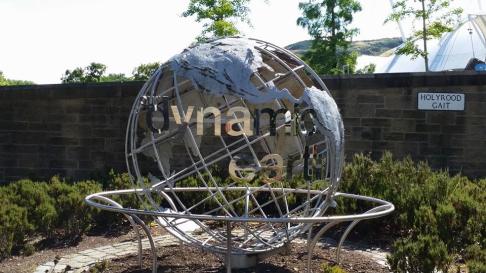 Monday afternoon was free time, then we all came together for one last dinner. This one was participant’s choice and we headed to Cafe Andaluz on George Street for Spanish Tapas. They were amazing! The staff were attentive, the food was delicious and the company was great.

Tuesday morning was farewell unfortunately. I had booked my train for the afternoon so I caught up with an old friend for lunch. I got to try the Scottish National Dish of Haggis, Neeps and Tatties.


It was delicious! Haggis tastes just like the insides of a meat pie, only a bit more peppery.


My 5 days in Edinburgh were amazing. I got to see nearly everything I wanted, spent time with some quality people and learnt a lot that I can hopefully apply to my job.

This was my first course but hopefully it won’t be my last!