I booked a whole day tour with Abraham Tours to explore the Best of the West Bank for £77 which included a trip to the site of Jesus’ Baptism on the bank of the Jordan River, Jericho, Ramallah and Bethlehem, where we visited the Church of the Nativity and the separation Wall.

In 1948 there was a war between the Israelis and the Palestinians and as the West Bank was under the control of Jordan at the time, the area had many refugees. Our guide told us that many of these families never took up the offer of Jordanian citizenship as if they revoked their refugee status they would never be able to return to their former homes/lands that Israel took if there is ever an accord between Israel and Palestine.

Our next stop was Ramallah where we stopped off at the tomb of Yasser Arafat, the President of the Palestinian National Authority and walked through the town. 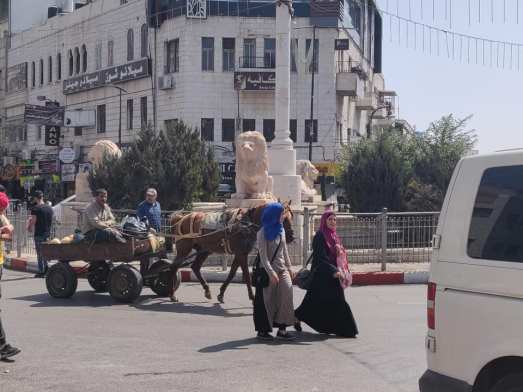 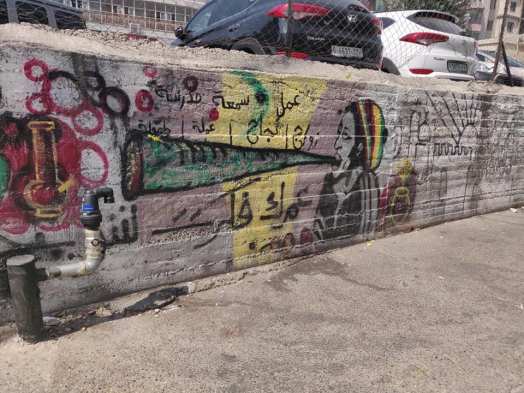 Next we lunched at the house of a local friend of our guide. Gluten free me got my own bowl of local cuisine before we headed to the Church of the Nativity. 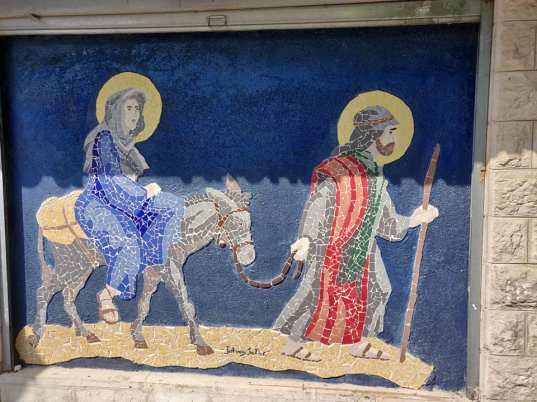 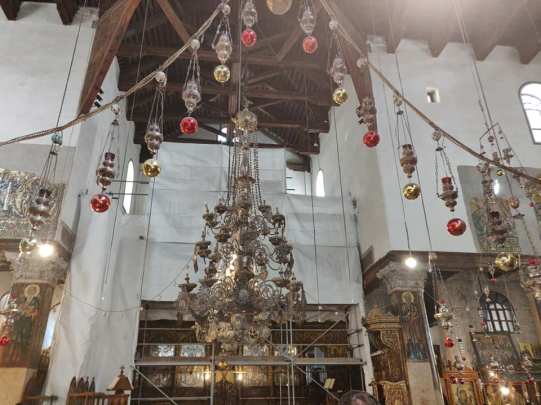 The Church of the Nativity is the oldest site continuously used as a place of worship by Christians and is considered to be the birthplace of Jesus. The church is shared between the Greek Coptic, the Armenian Apostolic and the Roman Catholic churches.

Our last stop was the separation wall. The wall began construction in 2002 with the Israel government said it was for security to stop the Palestinian violence against Israel. The Palestinians call it a racial segregation wall as the wall has so many on effects on daily life – reduced freedoms, road closures, loss of land, difficulty to access medical and educational services, restricted access to water.

The small part of the wall that we walked is covered with artwork of people from all over the world. 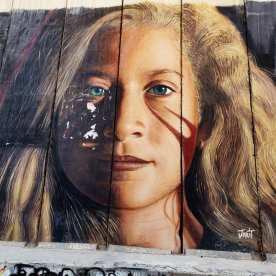 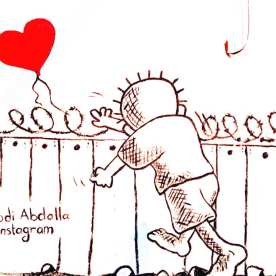 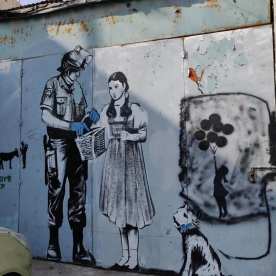 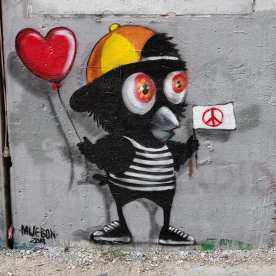 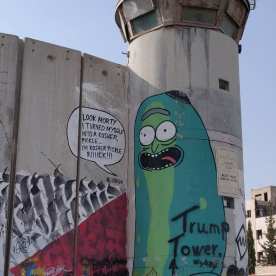 One thought on “Best of the West Bank”